SEATTLE – As far as academic formulas go, here’s an easy one: Beer + economics = Beeronomics! Washington State University scientists will host the fourth international Beeronomics Conference in Seattle on Sept. 8-9, the first time the event will venture outside Europe.

Held every other year by the Beeronomics Society, the gathering focuses on the economics of beer and brewing around the world. Learn more at http://www.beeronomics2015.org.

“Our proposal to host was based on Washington having one of the strongest microbrew cultures in the U.S. and the most hops grown of any state,” said Jill McCluskey, a WSU economics professor who, with colleague Tom Marsh, is co-organizing the event. 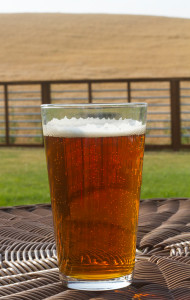 McCluskey said the growth of craft beers, both in Washington and around the country, has changed the economics of the industry.

“There is much less consumer loyalty to specific brands,” she said. “It’s more about preferences for certain styles of beer, such as an IPA, that are differentiated by taste. And craft brewers in the Pacific Northwest are leading that charge.”

She said she hopes the conference will result in closer ties between researchers and the beer industry.

“There are so many interesting economic topics related to beer, from hop production to product differentiation to health impacts to craft beer tourism, let alone the impact of all the breweries now operating throughout this region,” McCluskey said.

Conference sessions will cover a wide range of topics, including “Health and attitudes toward beer,” “Beer, taxes and choice,” and “Law and economics of the beer market.”

An optional Sept. 7 field trip will visit hop fields and production areas in and around Yakima, Wash. Social events and trips to local breweries will occur throughout the conference, mostly in the evenings.

Beeronomics 2015 will include a cider symposium on Sept. 9, focusing on the economics of hard cider. The symposium will cover production, marketing and market structure, consumers and consumption, and international and interregional trade, among other topics.