An expert in American Constitutional history, the Civil War and the American West, Sutton earned a doctoral degree in history at WSU in 1984. He became NPS chief historian in 2007.

“As chief historian for the National Park Service, Dr. Sutton has great influence in shaping the knowledge and understanding of the past that informs the American public and helps make our nation a more historically educated society,” said Ray Sun, chair of WSU’s history department (http://libarts.wsu.edu/history/), the event sponsor. 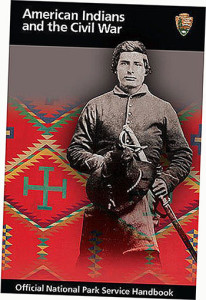 “By joining two crucial themes in American history usually not considered together, Dr. Sutton will deliver a richer and more complex treatment of our history,” Sun said. “This will be a rare opportunity for our community.”

“American Indians and the Civil War” is a book of essays (http://www.historynet.com/book-review-american-indians-and-the-civil-war.htm) co-edited by Sutton and published by NPS in 2013. It provides insights into Indian lives in the 1860s when some 20,000 Native Americans fought on both sides of the nation-dividing conflict, many in futile efforts to protect their homes, lands, autonomy and survival.

“The Civil War is one of the most momentous eras in American history,” Sutton said. “It ushered in new freedom for 4 million enslaved people. But for American Indians the post-war period was tragic, as a reunited nation turned its vision toward westward expansion, overrunning Indian lands and decimating their populations.

“Despite the tragedies, American Indians proved their resilience and teach us important lessons today,” he said.

Sutton is editor of “Rally on the High Ground: National Park Service Symposium on the Interpretation of the Civil War,” coauthor of “Majestic in His Wrath: A Pictorial Life of Frederick Douglass” and author of “Americans Interpret the Parthenon: Greek Revival Architecture and the Westward Movement.” As chief historian, he manages major NPS history programs and provides direction for documenting and interpreting the significance of America’s historic places.