EVERETT, Wash. – With the grand opening of a new Washington State Connections retail store in Everett on May 16 and 17, Washington State University alumni, fans and friends in the Puget Sound area will have two locations from which to stock up on crimson and gray apparel, Cougar Gold cheese and Wine By Cougars. 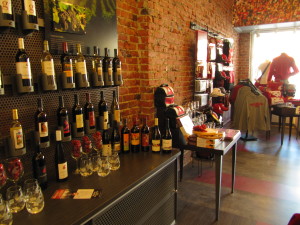 The grand opening of the Everett retail store will feature a Cougar cheese tasting, giveaways, gift certificates and a special promotion for cheese-lovers. A storewide display will highlight WSU’s accomplishments in research, teaching and community outreach.

Located at 2809 Colby Ave., the store will provide a retail presence in downtown Everett as WSU prepares to take over administration of the University Center of North Puget Sound in July.

WSU’s first Washington State Connections store was opened at Westlake Center in Seattle in 2004. After nearly 10 years of operation, that Connections store next month will be relocated a few blocks away to 411 Union St. in Rainier Square.