PULLMAN, Wash. – A faculty author’s road to publication may only be fully appreciated by the librarians who, whether offering information or an ear, walk the same road to bring that book to light. Trevor Bond, head of Manuscripts, Archives and Special Collections at Washington State University, followed one faculty member’s progress for eight years. 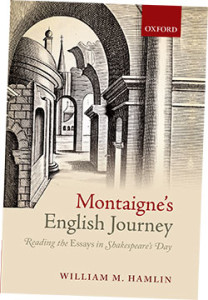 Montaigne’s “Essays” was translated to English by the Italian-English linguist and lexicographer John Florio in 1603. Subsequent reprints of Florio’s translation followed in 1613 and 1632.

In addition to helping Hamlin obtain the Florio editions and a richly annotated copy borrowed from Colgate University in Hamilton, N.Y., Bond was a steadfast listener as Hamlin’s book evolved.

“We discussed it at every stage. We would meet for coffee and talk about his discoveries after his trips,” Bond said. “I think that he was surprised at the volume of information he found. Early English readers of Montaigne did far more than the 17th-century equivalent of highlighting. They argued with Montaigne by writing notes and comments in their copies of his work. They engaged in a dialog with the author.

“Will’s work is revolutionary,” Bond added. “He is a passionate, dedicated scholar. His work and genius are what led to his success.”

To recognize the achievements of those who’ve published a book from 2010 to the present, WSU Libraries will hold the inaugural “Crimson Reads: A Celebration of WSU Faculty Authored Books” at 3:30 p.m. Thursday, April 3, in the Terrell Atrium. Refreshments and musical entertainment will be offered.

The event program includes a welcome and introduction from Beth Blakesley, associate dean of the WSU Libraries; opening remarks by Frances McSweeney, vice provost for faculty affairs and Regents professor of psychology; and an address by Matthew McCluskey, chair of the WSU Department of Physics and Astronomy.

For more about “Crimson Reads,” including a full list of published works and detailed descriptions of books by faculty authors, visit http://libguides.wsulibs.wsu.edu/crimsonreads.

WSU humanities librarian Gabriella Reznowski, with co-organizers Lara Cummings and Chelsea Leachman, envisions the event to be an annual recognition of faculty authors who dedicate so much of themselves to their scholarly works.

“I think that it is wonderful to have the opportunity to truly celebrate the publishing achievements of faculty at the WSU Libraries,” she said. “Many of the faculty members we are celebrating this year have a research story that accompanies their work. We hope to continue to raise awareness of the books that faculty authors publish and the research stories behind them.”

Reznowski refers to Francisco Manzo-Robledo, WSU professor of Spanish, as an example of a faculty member who went to great lengths for his research. 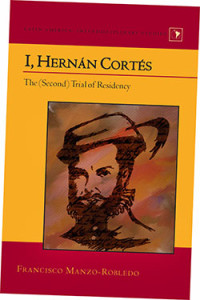 He took three years to complete his book “I, Hernán Cortés: The (Second) Trial of Residency” (2013, Peter Lang Publishing Inc.). The book is a literary analysis of the documentation produced by the Spanish conqueror of Mexico and his legal team for his second trial of residence in the new land in 1529.

Manzo-Robledo went to Seville, Spain, for a year to review the original documents from Cortés’ trial at the General Archive of the Indies and wrote the Spanish version of the book first. He emailed Reznowski regularly about his progress as the book neared publication.

“Faculty members do quite often let us know when they publish a new work,” she said. “Liaison librarians really appreciate this communication, as it helps us stay connected with faculty and their research. Scholarly publishing isn’t a short-term endeavor. It is a labor of love over a lifetime.”