PULLMAN, Wash. – An international performer who got his childhood start in Pullman’s Summer Palace and Washington State University’s opera program will return to share his talent and experience in a concert and master class in late March.

“Coming back to share what I’ve learned and how I’ve grown is very meaningful,” said Kristofer Barber, a singing actor based in Amsterdam who has performed more than 35 roles in the United States and Europe.

He will conduct a free, public master class 5-7 p.m. Tuesday, March 25, in Kimbrough Hall B42 and a free, public voice recital at 8 p.m. Friday, March 28, in Bryan Hall. In concert, he will perform works by Handel, Beethoven, Peterson-Berger, Hahn and Hoiby. 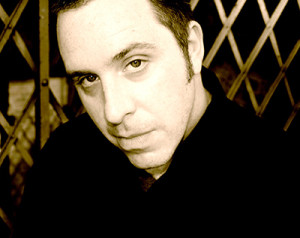 “The songs I’ve selected are a very personal reflection of my own musical journey,” Barber said.

That journey began with piano lessons at age 5 and the role of Wilbur the pig in “Charlotte’s Web” at Lincoln Middle School. At WSU, he performed in opera and with the Madrigal Singers. He won the Washington-Idaho Symphony Young Artist Competition.

“Some of my most cherished memories as a performer/singer/actor are from my time as a student at WSU,” he said.

He made his European debut in the Netherlands in 2009. Recent performance highlights include Amonasro in “Aida” for both the Amsterdam Grachtenfesitval and Opera aan de Schie, as well as the title role in “Don Giovanni” in both Delft and Hoofddorp, the Netherlands.

Barber is an alumnus of the Aspen Music Festival (1999, 2000) and holds degrees from the University of Wisconsin-Madison (DMA in voice), Wichita State University (MM in opera performance and Samuel Ramey fellow) and WSU (BM in vocal performance).