Gillett, who earned her doctorate in veterinary medicine from WSU in 1978, will be honored at 2:30 p.m. Wednesday, Nov. 20, in the Animal Disease Biotechnology Facility 1002, where she will deliver a free, public address, “The Business of Science: Experiences of a Nontraditional Veterinarian.”

“We’re deeply honored to present this award to Dr. Gillett ,“ said WSU President Elson S. Floyd. “Without a doubt, she epitomizes the outstanding scholarship and leadership skills demonstrated by other distinguished recipients of this award.

“Her intellectual curiosity, combined with uncompromising standards of personal integrity, represents the values we strive to instill in all of our students,” he said.

Over the past 35 years Gillett has earned widespread accolades for contributions in toxicological pathology that have had a profound impact on animal and human health. She has earned praise for her business acumen, interpersonal skills and for nurturing veterinary students and young professionals who aspire to contribute to humane and scientifically appropriate use of animals in research. 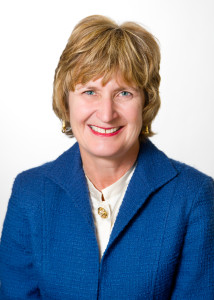 She is corporate executive vice president and chief scientific officer at Charles River Laboratories, Inc., an international company focused on drug discovery and development. She spearheads technological and scientific research and development throughout the company and ensures excellent science across its products and services.

As a scientist, Gillett has demonstrated a high level of productivity and accomplishments throughout her career, particularly in the area of molecular pathology. These efforts have advanced basic and applied research important to the development of new drugs. As a scientific manager and administrator, she has few peers, according to colleagues.

“She asks no more from others than she does herself,” he said. “She removes barriers to success and is a strong proponent to eliminate non-value-added work. She readily recognizes and celebrates success.”

Raised in Las Vegas, Gillett majored in pre-veterinary medicine at the University of Nevada, Las Vegas before enrolling in the WSU College of Veterinary Medicine. After graduating, she earned a second doctorate, in comparative pathology, from the University of California, Davis in 1984.

She launched her career as an experimental pathologist at the Inhalation Toxicology Research Institute in Albuquerque, N.M., eventually becoming a supervisor. She worked as a senior scientist and supervisor of the in situ hybridization laboratory at Genentech Inc. in San Francisco.

In 1994 she accepted a position as director of pathology at Sierra Biomedical Inc. in Sparks, Nev., and remained there as vice president and president until Sierra was acquired by Charles River in 1999, which began her association with the company.

National affiliations in field of toxicology

In addition to rising through the corporate ranks and serving as an adjunct professor at Purdue for 21 years, Gillett has been involved in numerous national organizations. She has served as president of the Society of Toxicologic Pathologists, board member of the National Center for Toxicological Research and member of the Education Committee of the American College of Veterinary Pathologists and Editorial Board of Toxicologic Pathology journal, among other professional activities.

She has authored 88 peer-reviewed publications. In May 2006, she received an honorary doctorate of science degree from Purdue. The WSU Alumni Association honored her with the Alumni Achievement Award in 2012, and the WSU College of Veterinary Medicine awarded her its Distinguished Veterinary Alumna Award for Excellence in Teaching and Research in 2007.

The WSU Board of Regents created the Regents’ Distinguished Alumna Award in 1962 to honor outstanding alumni. It singles out those who have made significant contributions to society and through their accomplishments have brought attention to the quality of a WSU education. Recipients have included U.S. ambassadors, doctors, educators, business leaders, scientists, journalists, athletes, authors and others.