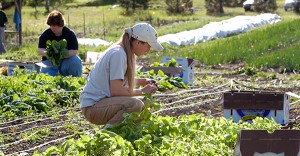 By Sue McMurray, College of Business 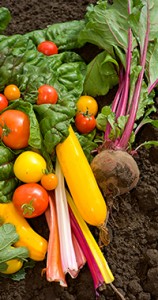 We propose that organic purchases are not just made with the intention of benefiting one’s self,” said lead author Ioannis Kareklas, a WSU marketing assistant professor. “Our paper provides evidence that advertising that highlights and addresses both personal (egoistic) and environmental (altruistic) concerns in tandem may be the most impactful in influencing consumer attitudes toward and intentions to purchase organic products.”

The paper is the first in the United States to explore the relative impact of both considerations simultaneously in relation to self-perception. Co-authors include Darrel Muehling, WSU marketing professor, and Jeffrey Carlson, University of Connecticut doctoral student.

Research has shown that promotional messages tend to be evaluated more favorably when they are consistent with consumers’ values, said Kareklas. For example, independent, Western cultures that tend to emphasize autonomy and individualism respond more favorably to ads that emphasize personal welfare. Consumers from interdependent cultures, such as East Asian and Latin American countries, prefer ads that emphasize collective welfare.

However, research shows that egoistic and altruistic considerations coexist within all individuals. Therefore, advertising claims focusing on egoistic/altruistic concerns can make consumers aware of their underlying values, thus increasing the effectiveness of promotional messages, he said.

The researchers conducted a three-part study to test their premise. The results of the first two studies suggested that consumers’ organic product purchases may be influenced by both egoistic and altruistic considerations.

A key finding was that consumers are more influenced by altruistic concerns when considering the purchase of green/organic products compared to conventional products.

“We found that the ad featuring both egoistic and altruistic appeals produced more favorable attitudes toward the brand and company and greater purchase intentions,” said Kareklas.

These results provide an important theoretical foundation that helps explain why and how specific organic food attitudes and purchase intentions vary among individuals.

“It’s important to view consumers’ organic food perceptions and buying tendencies in relation to self-concept,” said Kareklas. “Unlike previous research that often views the two self-views to be mutually exclusive and competing, we find that the goals of the independent and interdependent view of the self are complimentary influences in the context of organic/green purchase considerations.”

The researchers suggest advertisers consider designing messages that relate to personal benefits and environmental benefits in tandem, taking note that synergies may be gained by emphasizing both.

The article, titled “I Eat Organic for My Benefit and Yours: Egotistic and Altruistic Considerations for Purchasing Organic Food and Their Implications for Advertising Strategists,” will appear in the Journal of Advertising and is available online at http://papers.ssrn.com/sol3/papers.cfm?abstract_id=2325108.

Kareklas previously published a related article, titled “The Role of Regulatory Focus and Self-View in ‘Green’ Advertising Message Framing,” in the Journal of Advertising: http://www.tandfonline.com/doi/abs/10.1080/00913367.2012.10672455#.UmAiLFPORtw.