The nearly $114 million for construction and renovation projects throughout the WSU system has been approved by state lawmakers and Gov. Jay Inslee. The funding is part of the $4.3 billion capital budget that state lawmakers approved Friday and Inslee signed a few hours later.

Here’s the WSU projects included in the plan:

The capital budget, which the state uses to pay for fixed projects such as construction, renovations and certain types of equipment, was the largest piece of unfinished business from the 2017 legislative session. Seeking final approval of the capital budget was the top state legislative priority for the Government Relations and External Affairs team. 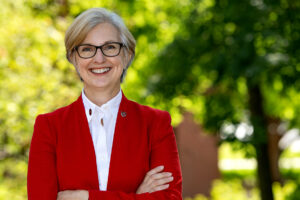 Chilton will take on more of the operational leadership responsibilities for the campus which will allow President Kirk Schulz more time to meet with donors and legislators to advocate for WSU.