For a few days last week — before Friday’s short but intense snowfall — patches of black ice were reported in the Inland Northwest.

Slick and hard to spot, this type of ice often appears unpredictably and can inspire panic among drivers and walkers alike.

Black ice gets its chameleon transparency by being thin and containing few air bubbles or blotches of snow, allowing it to blend in with the pavement and appear “black.”

Ironically, it recently materialized on roadways during a stretch when we saw miniscule rainfall or snow. In fact, conditions were relatively dry.

Since ice requires water to form, how did it get there? 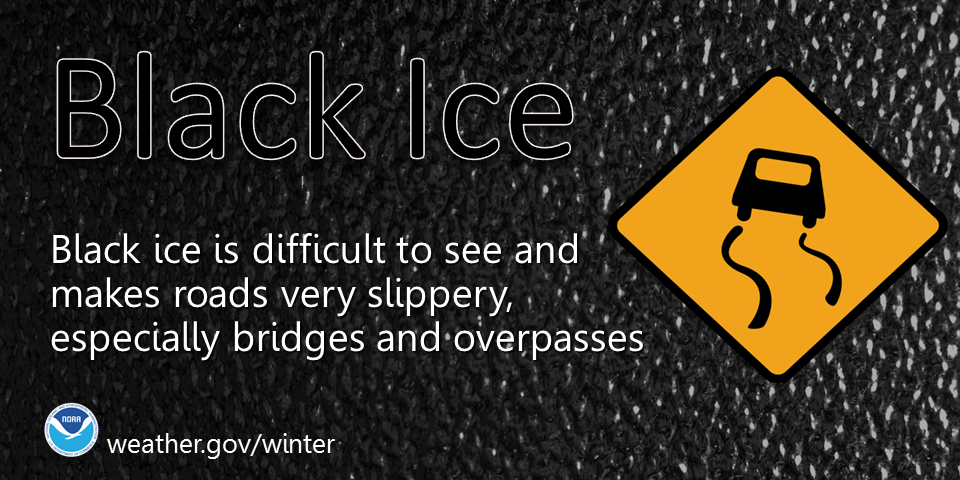 You’ll recall that frozen fog had drifted in and out of the region during the bulk of the week. Tiny, super-cooled droplets from that fog drifted down to the ground. Because the road surface was at 32 degrees or lower, those misty droplets froze in a thin layer.

Another factor that played a role is lack of wind. Had it been windy, white bubbles and blemishes would have formed and made the ice visible.

Black ice hangs out most often in places where there’s less warmth from the sun, including heavily shaded roads, underpasses, tunnels and the bottom of hills. Bridges and overpasses are also more prone because cold air circulating beneath them causes the pavement above to quickly freeze.

Black ice is dangerous because of its transparency, meaning we’re less likely to see it, whether driving, bicycling or walking.

Besides fog, rain and the refreezing of melting snow can create black ice, its thin glaze typically forming during night hours and early morning.

When caused by fog, remember that even if a road or sidewalk appears to be dry, black ice might lurk.