PULLMAN, Wash. – One of the nation’s leading urban ethnographers will talk about race and civility in everyday life in a free, public address, 7:30 p.m. Wednesday, Nov. 8, in the Elson Floyd Cultural Center at Washington State University.

The speaker, Elijah Anderson, will be honored by WSU with the 2017 William Julius Wilson Award for the Advancement of Social Justice in recognition his scholarly and applied work to promote racial integration and social harmony.

Anderson, who is the William K. Lanman Jr. professor of sociology at Yale University, will discuss the resilience of the “cosmopolitan canopy” — a metaphor for civil society — and how the canopy can help teach, reinforce and spread social tolerance and mutual understanding. 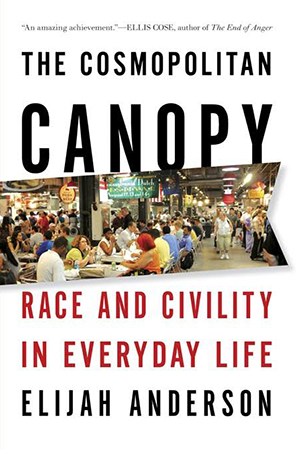 Anderson is the 2013 recipient of the Cox-Johnson-Frazier Award of the American Sociological Association and the 2017 recipient of the Merit Award of the Eastern Sociological Society. His publications include the award-winning “Code of the Street: Decency, Violence, and the Moral Life of the Inner City” (1999), “Streetwise: Race, Class, and Change in an Urban Community” (1990), and “A Place on the Corner” (1978, 2003). His most recent ethnographic book is “The Cosmopolitan Canopy: Race and Civility in Everyday Life” (2011).

“A college campus can be thought of as a cosmopolitan canopy — an island of civility in a sea of segregated living, where diverse people come together and typically get along — unlike urban ghettos, suburbs and ethnic enclaves where segregation is more often the norm,” Anderson said.

He will discuss what happens under the canopy when the two predominant types of people there encounter each other, how each feels and functions, and what challenges they face and adapt to or hide from.

“Elijah Anderson is a leading voice in important national conversations about race, culture and criminal justice,” said Julie Kmec, WSU professor of sociology and chair of the Wilson Award committee. “In his ethnographic work, he has made deeply significant observations of urban life, including the way members of different race and class groups interact and how moral ‘codes’ shape the way people live,” she said.

“WSU audiences will learn how public spaces can foster positive race relations at a time when such relations are particularly critical.”

WSU created the William Julius Wilson Award for the Advancement of Social Justice in 2009 to honor individuals who promote social inclusiveness and diversity in social policies and strive to reduce joblessness. Wilson received his doctorate in sociology from WSU in 1966 and is widely considered one of the nation’s most influential sociologists. He is the Lewis P. and Linda L. Geyser University Professor at Harvard University.