When it comes to Halloween weather conditions, Mother Nature has handed out plenty of tricks in the Inland Northwest.

Most recently, the past two Halloweens were a mess of wind and rain. A storm that barreled into the Pacific Northwest on Oct. 31, 2015, sent witch’s and wizard’s hats sailing with wind gusts of nearly 40 mph. What’s more, the 0.48 inches of rain that pelted trick-or-treaters surpassed the 0.44 inches that had fallen the entire 2015 summer. 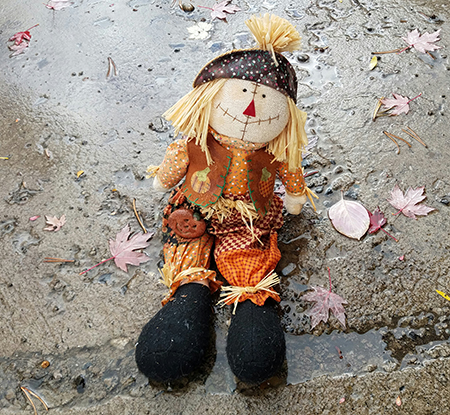 Halloween 2016 was wet and windy as well, with 0.38 inches of rain topping the rainiest month ever recorded in Spokane.

Even so, the wettest Halloween of them all occurred in 1933, when 0.89 inches of rainfall saturated the region.

As for Halloween 2014, fog turned the Spokane area into a set from a horror movie when it became dense enough to reduce visibility to a quarter-mile. Because fog is a common weather phenomenon in autumn, why bother with a fog machine?

On Halloween 2002, a record low for the coldest day in October was set when the mercury dropped to 7 degrees. By contrast, in 1988 — the same year California raisin costumes were popular — the high temperature reached 67 degrees.

Despite our spooky history of Halloween weather, Oct. 31, 2017, is shaping up to be a relatively bland witches brew of conditions. Cool, not cold. Dry, not rainy.

In other words, a decent forecast for super heroes, zombies and minions alike.