A blast of cool, wet weather engulfed the region during the first few days of October. Not only did it dig in over the Inland Northwest, but most of the western United States.

It was caused by a massive trough — a term most people associate with feed containers for farm animals. In the meteorological world, however, it’s a U-shaped curve in the jet stream that often signifies cool, wet weather is on the way.

Now that autumn is deepening, you’ll notice the word being used more often in weather forecasts. On weather maps, troughs are typically portrayed as dashed lines. Unless you’re an amateur meteorologist, the significance of those lines probably hasn’t been apparent.

Which is too bad, because troughs are major drivers in predicting weather, often telling us if colder temperatures and rain or snow is expected.

The atmosphere, like water, has waves rolling through it. The area where a wave peaks is called a ridge and the area where it dips is a trough, similar to a valley. In this valley is an elongated area of low pressure created by cold, unstable air pushed downward from northern latitudes.

The trough that moved into the Pacific Northwest overnight on Oct. 1 landed us in a vast valley of low pressure. This meant that cool air drawn southward from the North Pacific Ocean was able to displace the warm air we had been enjoying.

The result was clouds, precipitation and a big cool-down.

A winter-like storm dumped more than two feet of snow in north-central Montana, while autumn showers fell in the lowlands. High temperatures in Pullman went from 81 degrees on Sept. 28 to 55 degrees three days later when the trough arrived. 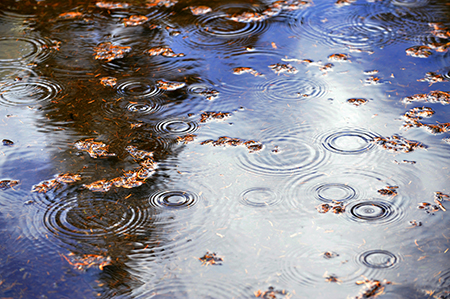 Remember the cool temperatures, wind and rain that moved in last Friday evening? That, too, was brought on by a trough. It cleared out Sunday morning, leaving much of the region with sunshine and mild temperatures that lured folks outside to rake leaves. Monday was even better, with the high in Spokane peaking at 60 degrees.

But the warm, sunny fall weather was short-lived. Changes kicked in on Tuesday afternoon, bringing cooler, unsettled conditions that should linger through this Friday.

Courtesy of yet another trough.