PULLMAN, Wash. – “Will you exercise this year?” That simple question can be a game-changing technique for people who want to influence their own or others’ behavior, according to a recent study spanning 40 years of research.

The work is the first comprehensive look at more than 100 studies examining the “question-behavior effect,” a phenomenon in which asking people about performing a certain behavior influences whether they do it in the future. The effect has been shown to last beyond six months after questioning.

Why questions can influence behavior

“If you question a person about performing a future behavior, the likelihood of that behavior happening will change,” said Dave Sprott, a co-author and senior associate dean of the Carson College of Business at WSU.

The basic idea is that when people are asked “Will you recycle?” it causes a psychological response that can influence their behavior when they get a chance to recycle. The question reminds them that recycling is good for the environment but may also make them feel uncomfortable if they are not recycling. Thus, they become motivated to recycle to alleviate their feelings of discomfort.

Overall, the researchers’ findings suggest questioning is a relatively simple yet effective technique to produce consistent, significant changes across a wide domain of behaviors. The technique can sway people toward cheating less in college, exercising more, recycling or reducing gender stereotyping.

Benefits of using the technique

“We found the effect is strongest when questions are used to encourage behavior with personal and socially accepted norms, such as eating healthy foods or volunteering,” said Eric R. Spangenberg, first author and dean of the Paul Merage School of Business, University of California, Irvine. “But it can be used effectively to even influence consumer purchases, such as a new computer.”

“It is pretty easy to ask a question, and it can be done in a variety of means such as ads, mailers, online media and interpersonal communications,” said Sprott.

The researchers found the question-behavior effect to be strongest when questions are administered via a computer or paper-and-pencil survey and are answered with a response of “yes” or “no.” They also found that those using the technique are better off not providing a specific time frame for the target behavior.

The study suggests that the technique will be less impactful on habits or behaviors that consumers have done a lot. The researchers also advise using caution asking about vices like skipping class or drinking alcohol. In their review, they found a study showing that people asked about vices later did them more than a control group.

Tips for New Year’s resolution makers and others

The researchers suggest the key to influencing someone’s behavior is to ask a question rather than make a statement. For example, parents asking their high school-age children, “Will you drink and drive?” should be more effective than when they say, “Don’t drink and drive.”

For people making New Year’s resolutions, a question like, “Will I exercise – yes or no?” may be more effective than declaring, “I will exercise.”

The article is available online at http://papers.ssrn.com/sol3/papers.cfm?abstract_id=2702636. 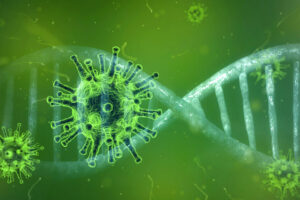 WSU researcher Michael Phelps is working on a completely new way to fight viral infections thanks to a $600,000 National Institutes of Health grant.