PULLMAN, Wash. – One of the challenges of relying on renewable generation, such as solar cells and wind turbines, is that changes in weather conditions can lead to sudden drops in the amount of generation provided. Such unpredictable fluctuations create challenges for utilities that require a constant balance of sufficient electric generation to meet customer demand reliably. 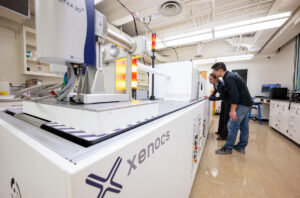