PULLMAN, Wash. – It’s harvest season in the Palouse, and a combination of dust from the fields and smoke from the region’s forest fires created a spectacular evening sky Monday night, as captured by Shelly Hanks, WSU Photo Services.

No, the moon didn’t temporarily turn reddish-orange. Physics.org explains that the light from the sun reflects off the moon, then it passes through the atmosphere. But, before we see it, the light is dispersed by all the particulate in the air, which acts as a filter absorbing the blue light and transmitting an orange/red color. 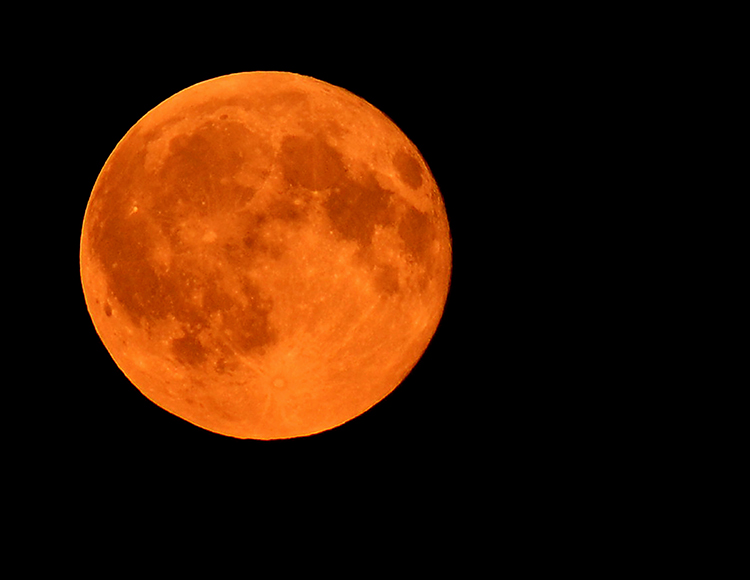 In addition, a full moon will always appear bigger when it’s near the horizon, but it’s an optical illusion.

Thanks to Shelly Hanks for capturing the moment, so WSU News could share it.