We just slipped past the year’s longest day and highest sun. Ever wonder why the summer solstice isn’t the warmest day of the year?

Because it takes time to overcome the chilling effects of winter.

Temperatures don’t peak at the solstice. If they did, May and the first half of June would have produced steadily increasing warmth. Instead, they generated a seesaw of warm and cool conditions.

Here in the Inland Northwest, you might recall donning sunscreen and a t-shirt one day and zipping up your fleece jacket the next. Meteorologists call this kind of fluctuating weather “highly variable,” and boy, did we experience a lot of it during the past month and a half. 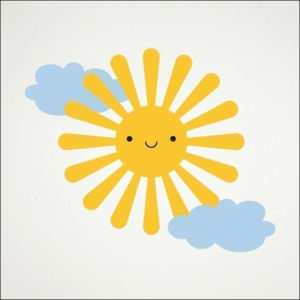 On May 30, the temperature rose to 90 degrees, only to drop to 72 the next day. The steepest day-to-day variance occurred when the mercury hit 94 degrees on June 7 and plunged by 20 degrees to 74 on June 8.

Although the northern hemisphere absorbs more and more sunlight in the weeks preceding the solstice, it takes time for the land and surrounding oceans to retain the heat. Until then, it’s not unusual for daily temperatures to jump between cool and warm. Compare this to what happens after a glass of warm water is added to a shallow bowl of cold water. The warm and cold waters slosh back and forth before the overall temperature increases and levels out.

Speaking of leveling out, the region will continue to warm up, with the hottest days arriving in July and August. Though temperatures are expected to run slightly above normal across the Pacific Northwest, expect occasional see-sawing of weather conditions as well.