PULLMAN, Wash. – The Washington Animal Disease Diagnostic Laboratory (WADDL) advises that the two dogs previously screened positive for influenza A have been confirmed as infected with H3N2.

Testing for the specific type of influenza A virus was conducted after the party originally submitting samples to WADDL sent additional samples directly to the Animal Health Diagnostic Center at Cornell University in New York.

Both western Washington dogs had mild symptoms and have since recovered successfully. Currently, the virus is not transmissible between dogs and humans and no human illness caused by the canine influenza viruses has ever been seen.

Dogs can be infected with two types of influenza A virus, H3N2 and H3N8, both of which cause an upper respiratory illness that is similar to several illnesses caused by other agents including bacteria and cold viruses. Although both viruses are highly contagious between dogs, most dogs infected with canine influenza will have mild to moderate cold or flu like symptoms, and will recover successfully in a week to 10 days. 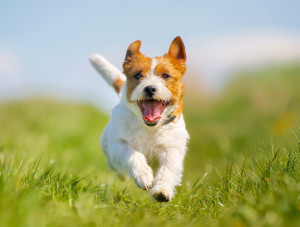 The H3N2 virus originated in birds and adding to the confusion, it is different than the H3N2 seasonal flu that affects people. The canine type was originally found in dogs in 2007 in South Korea.  It has since been reported in China and Thailand, and was first detected in the Midwestern U.S. in April 2015.

“Like most disease, canine influenza will hit hardest on the oldest animals, the youngest, and those that are being challenged by other contagious diseases,” explained Jim Evermann, a professor of infectious diseases in WADDL. “For that reason, we are advising all dog owners to check and make sure their animals are up to date on their core vaccines that includes canine distemper, canine parvovirus, and canine adenovirus  The healthiest animals will suffer the least with this disease.”

A list of core vaccines recommended by the WSU Veterinary Teaching Hospital is available here: http://vth.vetmed.wsu.edu/client-information/sa-vaccines . Dr. Evermann stresses however that in all cases, the family veterinarian can provide the most up-to-date advice regarding canine influenza and their pets, how it can affect their dogs, its prevention, and the availability of specific vaccines.