PULLMAN, Wash. – As a record-breaking hot summer in the Pacific Northwest gives way to the first days of the autumnal equinox, it’s still T-shirt and sunglasses weather over much of the region. Stores may be festooned with Halloween decorations, but temperatures in Yakima, Pullman, Walla Walla and the Tri-Cities are expected to hit the low 80s Thursday.

And though the days will start to shorten and the sun hang lower in the sky, “the forecasting models are pointing in one direction: our autumn should be fairly warm and dry,” he said.

This doesn’t mean summer’s sweltering temperatures, but generally more comfortable ones in the 70s and 60s for the rest of September and part of October. 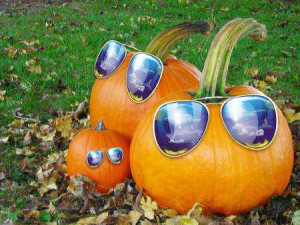 A giant mass of warm water churning in the equatorial Pacific Ocean and a strengthening El Nino weather system are driving the above-normal warmth and dryness in the region, said Loyd. While El Nino’s presence is bringing the prospect of heavy rainfall to drought-stricken California, it’s likely to bring warmer-than-usual temperatures and less precipitation to the Northwest, significant parts of which are besieged by drought, he explained.

“Understandably, a lot of people view warm and dry weather as something positive, especially when it comes to doing activities outdoors. Unfortunately, it also means getting no or little relief from our drought conditions,” he said, adding that the entire state of Washington is facing either extreme or severe drought. (See United States Drought Monitor: http://droughtmonitor.unl.edu/Home/StateDroughtMonitor.aspx?WA)

For now, Northwesterners can enjoy the dip in mercury compared to its summer soar. And if a little rain falls after this weekend, “keep in mind how badly we need it,” said Loyd.

In the meantime, with all this predicted autumn warmth, should we expect to be wearing shorts on Halloween?

“You never know,” said Loyd. “It is the weather, after all. Stranger things have happened.”