PULLMAN, Wash. – Three-time Grammy winner Keb’ Mo’ will take the stage at 7:30 p.m. Saturday, May 3, at Washington State University’s Beasley Coliseum in support of his first new album in three years, “BLUESAmericana” (Kind of Blue Music). It is set for release on April 22.

Tickets for the solo acoustic concert, presented by WSU Performing Arts, are $18, $28 and $35 and can be purchased through TicketsWest: at outlets including the Beasley Coliseum Ticket Office (open 10 a.m.-2 p.m. Monday-Friday), at http://TicketsWest.com or at 800-325-SEAT (7328). WSU Alumni Association member discount is available.

Hailed by National Public Radio as the “modern ambassador for the blues,” Keb’ Mo’ is known for his unique guitar style, distinctive voice and intuitive lyrics. 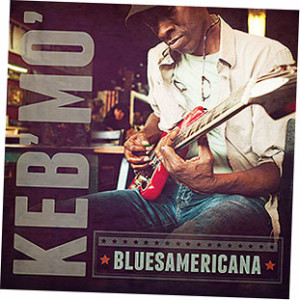 His first critically acclaimed, self-titled album, released in 1994, placed Keb’ Mo’ as a fresh face in the blues/roots genre and earned him his first Grammy. “BLUESAmericana” features some of his most poignant and joyful songs including the first single, “The Old Me Better.”

“This song is a humorous way of looking at the fact that maybe it wasn’t better than it is now, but it sure seems like it was at certain times,” he said.

The album is comprised of nine original songs and a cover of “That’s Alright,” a song Keb’ Mo’ first heard sung by Mississippi Sheiks’ Sam Chatmon.

“I only make albums when I’m inspired to, and these 10 songs come from a very honest place,” he said. Achieving this wasn’t easy. In the period since 2011’s, “The Reflection,” Keb’ Mo’ and his wife, Robbie, persevered through a challenging patch in their marriage.

“I had to learn more about myself,” he said, “and in doing that I felt a personal shift.”

At its core, the album is about love and understanding. Many of the songs, including “Do It Right,” co-written with Jim Weatherly (“Midnight Train to Georgia”), and the reflective “For Better or Worse,” explore devotion and marriage. The thorny, comic “The Worst is Yet to Come” is about hope, despite the hilarious laundry list of pitfalls its protagonist endures as he searches for a silver lining.

“Somebody Hurt You” is, in Keb’ Mo’s words, “where the blues meets the church,” and features guest vocals by Rip Patton, a longtime friend and civil rights era freedom rider.

In addition to his music career, Keb’ Mo’ has appeared on television – including episodes of “Touched by An Angel,” “The West Wing” and “Sesame Street” – and in the Jason Sayles film “Honeydripper.” He is the subject of two PBS specials: “Live at Infinity Hall” and “Red, White and Blues: In Performance at the White House.”